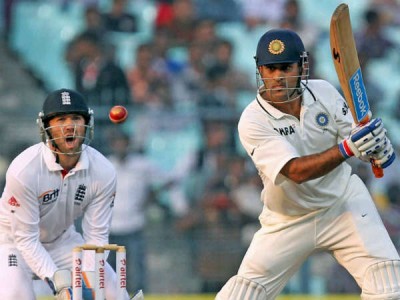 Mahendra Singh Dhoni is counted among the best captains and finishers in Indian and international cricket. He has won his team by playing many brilliant innings in different formats of cricket in his career. He retired from international cricket in 2020 but is still active in the IPL. He also became the oldest Indian player to do so by scoring a half-century against KKR in IPL 2022 at the age of 40 years and 262 days. In this article, we bring you the 5 best innings of MS Dhoni.

Below we are going to tell you the 5 best innings, MS Dhoni played in IPL and International cricket.

Chennai Super Kings needed to win their final match to make it to the semi-finals in IPL 2010. Chasing a target of 193 against Punjab, they needed 16 runs in the last over to win. But MS Dhoni chased the target with 2 balls to spare by hitting one four and two sixes in Irfan Pathan’s over. He played an unbeaten 54 off 29 balls in this match. In 2010, Chennai Super Kings won the IPL title for the first time.

Rising Pune Supergiant’s first season in 2016 under the captaincy of MS Dhoni did not go well. But Dhoni showed his batting prowess by playing blistering innings of 64 runs in 32 balls against Punjab. 16 runs were required from the last three balls of the last over and Axar Patel was bowling for Punjab, but Dhoni first four and then two consecutive sixes to give his team victory.

MS Dhoni played the best innings of his ODI career in the ODI match played against Sri Lanka in Jaipur on 31 October 2005. Chasing the target of 299, Dhoni played unbeaten innings of 183 runs in 145 balls with the help of 15 fours and 10 sixes and helped India win the match. This is the biggest innings played by a wicket-keeper. Dhoni had made many new records in this innings.

MS Dhoni played the second biggest innings of his ODI career in the ODI match played against Pakistan in Visakhapatnam on 5 April 2005. In this match, he scored 148 runs in 123 balls with the help of 15 fours and four sixes. It is counted among the most memorable innings of Dhoni because since then he started getting the attraction of cricket fans around the world.

MS Dhoni played the best innings of his Test career in the first Test match played against Australia in Chennai in February 2013. He played a brilliant inning of 224 runs in just 265 balls in front of bowlers like Mitchell Starc, Peter Siddle, and Nathan Lyon in the first innings. Thanks to his innings, India had scored 572 runs in the first innings. India won this match by 8 wickets and Dhoni became the player of the match.