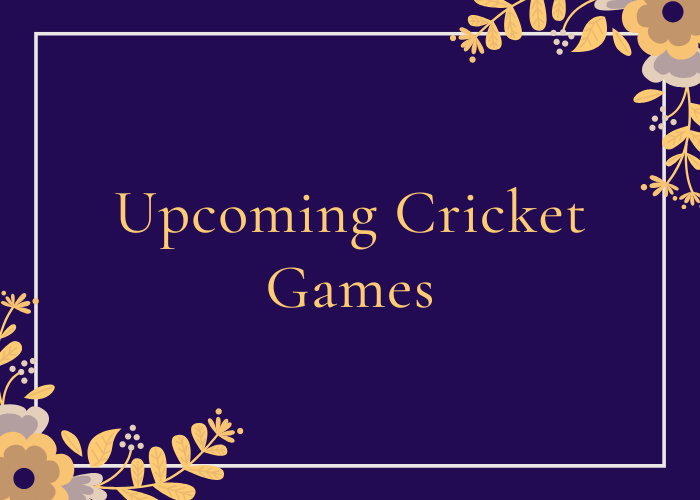 It is not a secret that cricket is one of the most popular games in India and has rightfully become part of the cultural heritage of this Asian region. Some sports analytics highlight the following reason for cricket’s popularity in India.

However, with the development of technology, most of the fans of this game have moved to the Internet and follow their favorite teams on online platforms. If you are interested in starting your cricket betting with Betwinner don’t think about it too much it’s the best option.

World championships and local tournaments always gather many fans from all over the country and beyond. Also, the railing of major championships is the best time for bookmakers, as the number of people who want to bet on their favorite team grows exponentially.

Cricket fans find suitable games and tournaments at any time of the year. This super popular market can always offer local sports events to watch, if not a world championship. The second half of 2022 is not an exception. This review lets you learn more about the most popular T20 format and the key games that await you over the next few months.

T20 (or Twenty20) is a popular cricket format with shorter match times. Despite its worldwide fame and popularity, this format was officially introduced by the International Cricket Council only in 2003.

Teams participating in this cricket format can not use more than 20 overs. Unlike classic long games, a typical T20 match can finish within two and a half hours. Each inning can last up to 70 minutes. There is a small ten-minute break between innings.

Those who follow cricket know this is significantly less than in other types of this game. However, this decision increased the game’s intensity, dynamism, and engagement. Below you can find out about several upcoming T20 games you can not miss.

Two popular teams, the Legends of India and the Legends of the West Indies, will fight for the championship in the sixth match of the Road Safety World Series 2022, which will be held in the T20 format.

It is worth saying that the Road Safety World Series 2022 is the second season of the T20 International Cricket League. This special event boosts their interest in studying safe traffic rules.

Another name for the tournament is Skyexch.net which is related to the sponsor’s title. This year and previously, many of the world’s cricket stars will participate in the game. This year’s debutants, New Zealand Legends will join teams from India, England, Sri Lanka, the West Indies, South Africa, and more.

The tournament was originally scheduled to be held on February 5, 2022, but plans had to be changed due to a new outbreak of Coronavirus (the Omicron strain). So, returning to the match between the Legend of India and the Legends of the West Indies, the game will be held at the popular stadium in Kanpur. Live streaming cricket betting Line bet one good solution.

According to current plans, the game is scheduled for September 14 and will be played day/night under spotlight conditions. Tickets for the match are currently available for purchase online. The game will also be broadcasted on special streaming platforms so you can enjoy it on the Internet. As for regular tickets, getting them will most likely be problematic because of the high popularity of the teams and the large-scale promotion of the event.

Gujarat Giants will face Bhilwara Kings in the sixth T20 match of the second season of Legends League Cricket 2022. This match is scheduled for September 22. However, everything may change, so stay tuned for official news. The game will be played at the famous stadium in Delhi. As in the case of the previous game, both teams will fight for the championship day and night under the light of projectors.

Separately, it should be said about the Arun Jaitley stadium where the match will occur. It is located in Bahadur Shah Zafar Marg, New Delhi, and is one of the oldest stadiums in India after the Gardens of Eden in Calcutta.

Thanks to good design, you can fully enjoy the game literally from any angle. Therefore, watching such games on your own, sitting on the tribune, is always better. But you can also cheer for your favorite team from home as the game will be available on most streaming platforms.

The third game of today’s matchup is about Manipal Tigers vs. Bhilwara Kings. The game will take place as part of the ninth T20 match of the second Legends League Cricket 2022 season. The venue of the game is the famous city Cuttack.

As for the venue, there will be no less popular Barabati Stadium. According to the current schedule, the teams will meet in September 2022. Traditionally for the T20 format, the match will be played day/night and under spotlight conditions like the previous games.

At present, it is difficult to predict a clear favorite of the game since both teams are approximately the same in terms of potential. However, at the same time, some analysts pay attention to increased training dynamics and significant changes in the Bhilwara Kings team’s tactics.

The fact is that, relatively recently, the representatives of Bhilwara Kings announced that they hired Lalchand Rajput as a new coach. As it is stated, they decided to change coaches to prepare specifically for the upcoming event and be able to lead the T20 tournament. For those who are more or less interested in cricket, such a decision of analysts does not seem strange. However, the fact is that Lalchanda Rajput successfully worked in the administrative positions of many cricket teams, which led them to success. Moreover, he has many years of experience in actively coaching cricket teams.

For example, he is well-known for his unconventional approaches and careful study of competitors’ tactics. For instance, his track record includes the following:

He is also responsible for the success of the Indians of Mumbai team when it showed an excellent game in the Indian Premier League 2008.