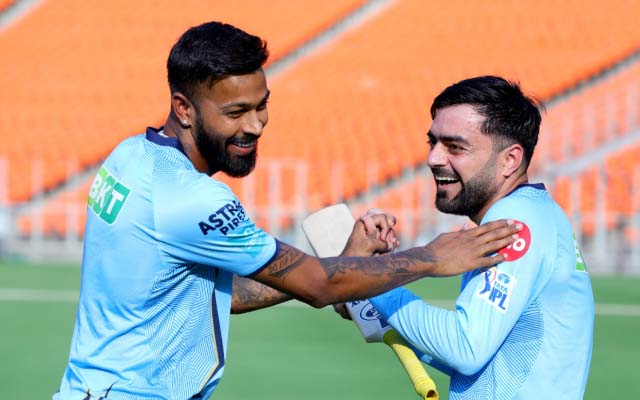 In the fourth match of Tata IPL 2022, Gujarat Titans defeated Lucknow Supergiants by 5 wickets. There was an exciting match between both the teams. But in the end, Gujarat Titans got the victory.

After that, Mohammed Shami took three consecutive wickets in his three overs, and Lucknow Supergiant’s score was reduced to 4 wickets for 29 runs. Lucknow Supergiants set Gujarat Titans a target of 159 runs in 20 overs, in which Deepak Hooda scored 55 runs and Ayush Badoni scored 54 runs.

Gujarat Titans won this match by five wickets with two balls remaining. Gujarat Titans had a poor start too, with opening batsman Subhman Gill losing his wicket in the very first over. After that Matthew Wade scored 30 runs, and Hardik Pandya scored 33 runs. And in the end, thanks to David Miller’s 30 runs and Rahul Tewatia’s 40 not out, the team of Gujarat Titans easily won this match with 5 wickets in hand.