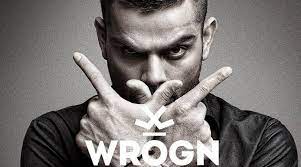 India has more people who like this game than any other cricket-playing country in the world. That is why the number of fans of famous cricketers is no less than that of film actors or a politician. Many young players and fans also consider veteran and experienced cricketers as their icons. To take advantage of this, many companies also make them brand ambassadors to promote their brands.

Below we are going to tell you about the 5 highest-paid Indian cricketers through advertisements.

After retiring from cricket, Virender Sehwag runs his own school and does commentary and endorsement work. He endorses brands like Finolex Pipe, MyTeam 11, Hero MotoCorp, Adidas, Unacademy, Google Pay, Asian Shoes, Come On!, etc. He has earned ₹330 crores through advertisements so far.

Read: Can any league be bigger than the IPL?

Virat Kohli, the former captain of the Indian cricket team, is currently the most advertised cricketer. He endorses big brands not only in India but also abroad. At present, Kohli is the brand ambassador of more than 30 brands. They advertise many big brands like Wrogn, One8, PUMA, MPL, Great Learning, Google Pay, Myntra, Boost, Too Yum, MRF, Himalaya, Audi, Vivo, etc. Kohli has so far earned around Rs 690 crore through advertisements.

MS Dhoni, the former captain of the Indian cricket team, is one of the most loved cricketers in the present times as well. They advertise many big brands and also charge huge fees for this. They advertise many brands like IPL, Unacademy, Winzo, Oppo, Snickers, Boost, Gulf Pride, MasterCard, Oreo, GSK, Orient, Sunfeast Yippie, Kinley, Indigo Emulsion, Homelane, etc. He has earned around ₹820 crores through advertisements.

Sachin Tendulkar, the former captain, and opener of the Indian cricket team is called the God of Cricket. Even today the number of people who like him in India is very high. Sachin Tendulkar also does many TV commercials and earns a lot through it. At present, he is advertising for many brands like Spinny, Unacademy, Paytm First Games, Mutual Fund Sahi Hai.com, Apollo Tyres, DBS Bank India, etc. Their earnings through advertisements should be Rs 1150 crores.