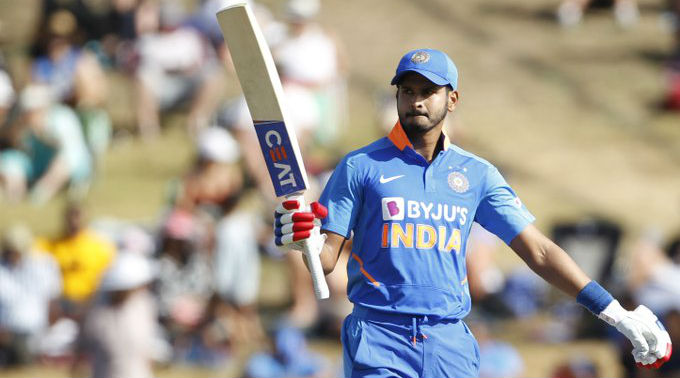 Mumbai is the cricket hub of the country. It is a city where culture meets trends, and technology transcends people and is accessible to all, it is one of India’s cultural hubs and major cities.

Mumbai has produced great personalities over the years, including cricket talent. Sachin Tendulkar, the Master Blaster, who has considered one of the greatest of all time in cricket history is from Mumbai.

Among others, Ravi Shastri, Dilip Vengsarkar, Sunil Gavaskar, Rohit Sharma, Ajinkya Rahane are from Mumbai. Shreyas Iyer is another promising young cricketer from this city.

Shreyas Iyer was born in the South of Mumbai, near the city of Worli. At the age of 10, he began playing the game. It was Pravin Amre who saw this young boy playing some great cricketing shots at Mumbai’s well-known Shivaji Park Gymkhana in the city.

Praveen Amre observed Iyer’s raw talent very early on, and he thought he could be great.

He played great in college and got a chance to represent India in the Under-19 World Cup in 2014. He didn’t reach his success and didn’t take advantage of the opportunity with all of his force, so he went unnoticed by the selectors.

He later went on and played for the Trent Bridge Cricket Team in England. This cricket pitch suited him well, as he scored 297 runs in only three outings. Iyer carried this confidence into domestic tournaments in India, where he scored an incredible 809 runs in his debut Ranji season.

He scored 1321 runs in the Ranji season of 2015/16, with 7 fifties and 4 hundred and an average of 73.39. These statistics demonstrate the true worth of Iyer’s raw potential.

Indian T20 League gives young Indian players a chance to shine and get a selection spot into the Indian team. The Delhi Daredevils paid 2.6 crores for Iyer in the 2015 auction, making him the highest-paid uncapped player of 2015. His daring batting style earned him 439 runs in his first IPL season.

After a double century against the visiting Australians in a practise match in 2017, he was selected for the final Test when skipper Virat Kohli got injured. But he didn’t show up. In the same year, he debuted in T20 against New Zealand. Then he played his first 50-over match for India against Sri Lanka.

Despite his talent, Iyer’s form and consistency have always been a concern for selectors. He hasn’t been able to get a selection spot in India’s ODI or T20 teams. Even in the Indian T20 League, the seasons from 2016 to 2017 oscillated from 30 to 336 runs. In 2018, he had a good year with the bat and was made captain mid-season after Gambhir dropped out due to poor performances.