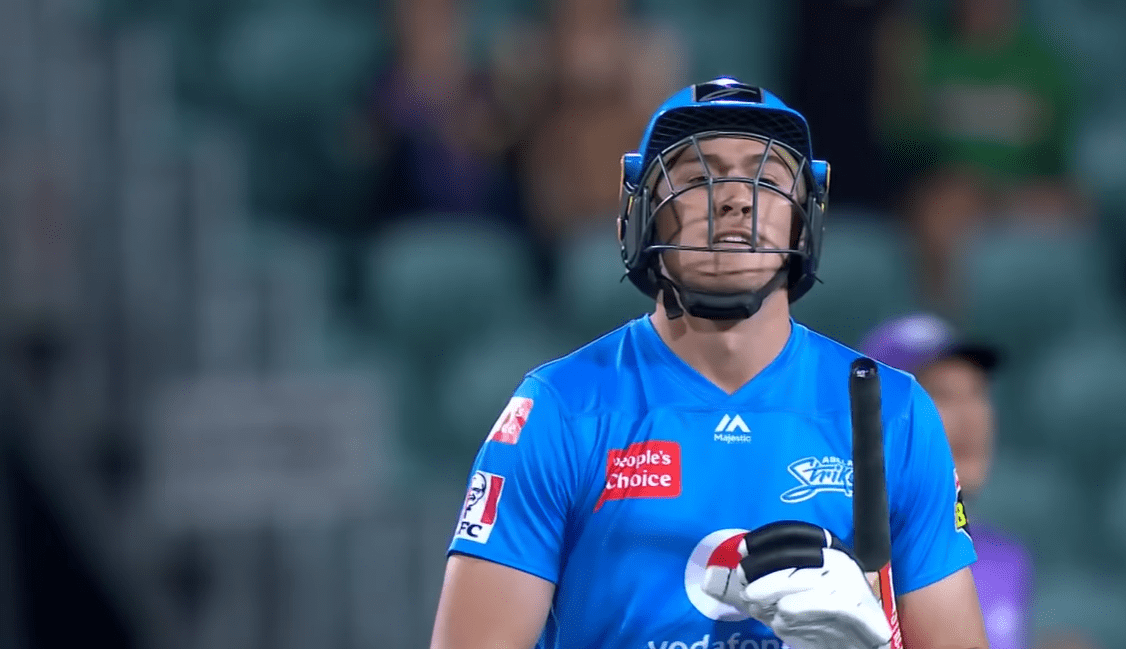 After winning the toss in this match, Perth’s captain Ashton Turner decided to field first.

Adelaide Strikers were in a position to score low after losing wickets in the cluster in the first innings. Thanks to Rashid Khan’s cameo, Adelaide was successful in delivering challenging targets. Philip Salt, however, played some good shots at the start of the innings. But there was no support from the other end.

Mitchell Marsh, who came into the attack in the sixth over, put the brakes on a flying start from the strikers. Strikers’ batsmen had no answer to Mitchell Marsh’s bowling, with a lot of dot ball in the middle overs the strikers got themselves in trouble. Troubles worsened when Jhye Richardson dismissed Philippe Salt for a score of 51.

Jason Roy and Josh Inglis started the innings, unsuccessfully trying to make the match unilateral, both chasing the target, scoring 35 runs in the first three overs.

Then came Wes Agar, who not only dismissed Ingles, but also snatched Momentum from Perth. Rashid after scoring runs with the bat showed why he is one of the best spinners in this format.

Briggs also had an impressive performance. Liam Livingstone tried for a while, but the required rate kept rising and the Adelaide pacers dismissed Perth for just 94 by taking wickets at regular intervals. Perth failed to win even after four matches.

This season so far has been mixed for the Adelaide Strikers. Strikers have played 5 matches so far, winning three and losing two.

Adelaide Strikers currently sit third in the BBL 20, 13 points from their five matches.

Philippe Salt has scored the most runs in 5 innings for the Adelaide Strikers. He has scored 118 runs, including 12 fours and 5 sixes. His highest score is 51 which was made against Perth.

Apart from them, Jack Weatherald has scored 115 runs in 5 matches for the Strikers, which includes 11 fours and 5 sixes. His highest personal score is 68 runs.

The highest number of wickets from Adelaide Strikers has been taken by Peter Siddle, he has taken 10 wickets in 5 matches. His economy rate is 8, he has bowled 18 over.

The other fast bowler from the strikers is Wes Agar, who has bowled amazingly. He has taken 9 wickets for 144 runs from 19 overs.

Such a start in the tournament is a disappointment for a strong team like Perth. This is Perth’s worst performance in any season, his fans will be very sad.

So far they have not been able to win a single match in four matches. So far they have faced defeat in three matches, besides one match ended against Melbourne without any result.

Perth Scorchers had played a total of 101 T20 matches.
PRS won 55 matches.
PRS Loss 44 matches.
Their 1 match has ended with no result and one match was tied.

How many runs score in the first 6 overs batting powerplay of ADS vs PRS 21st T20?

Which one is the favorite Team in the ADS vs PRS 21st T20 match?

What is the ADS vs PRS 21st T20 Score Prediction?

Join Us on Telegram @cricketwebs_com

Who Will Win Adelaide Strikers vs Perth Scorchers
Created with Cricketwebs

Ans. Sony Network will be showing the BBL match between Adelaide Strikers and Perth Scorchers live on Sony Six Channel.

Ans. Adelaide Strikers will hit more sixes in this match.

Q. What is our toss prediction of Adelaide Strikers vs Perth Scorchers Match?

Q. How many sixes will be hit in today’s ADS vs PRS match?

All of Adelaide Strikers vs Perth Scorchers fans who are waiting for the prediction for this BBL match are now can check this match prediction with 100% sure winning. After checking the player’s previous performance and team analysis our expert had predicted the match-winner for ADS vs PRS Big Bash League match. So Adelaide Strikers vs Perth Scorchers Cricket Match Prediction 31st December 2020 from our expert’s team is here, don’t go anywhere when free is always here.